THE deaths of the Matthew Parke, Ryan Nelson and Corey Owen have not been ruled as unlawful killing at an inquest today. 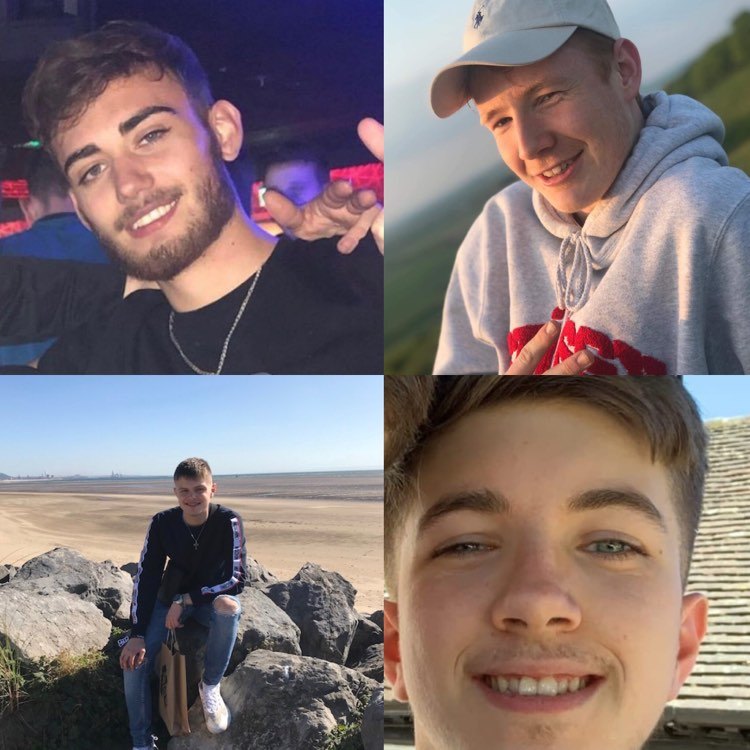 Four young men from Calne all died in August last year when the car they were travelling in left the road and crashed into a house before bursting into flames. Despite attempts to save them, they all died at the scene.

The driver of the car, Jordan Rawlings, was subsequently found to have been over the legal alcohol limit and police accident investigators said they believed he had been driving at speeds nearing 120mph.

A solicitor acting on behalf of the family of Matthew Parke had pushed for a harsher verdict of 'unlawful killing'. However, the coroner said that whilst there was negligence in his duty of care to the three passengers (he was over the drink-drive limit and speeding) he didn't consider his actions to be 'truly, exceptionally bad' and there was insufficient evidence for a verdict of unlawful killing.

The court heard a statement from one of Jordan Rawling's friends who had been with him earlier that night. Jordan had taken him and his girlfriend home where they had had a beer and kebab and he had then bought some more beer from a local garage.

Meanwhile Ryan, Corey and Matthew had been on a night out in Chippenham and at about 2.30am Jordan had gone to collect them. The court were told that he had been speeding around Chippenham before driving back towards Calne. He was driving at about 80mph at the Pewsham roundabout and it is believed approximately 120mph when he clipped the kerb, launching the car.

Jordan had 114mg per 100 millilitres of alcohol in his blood with the legal limit being 80mg.

Postmortem results showed Ryan and Matthew had died from suffocation and inhalation of hot air. Corey had died from a head injury as a result of the collision.

A further inquest into the death of Jordan Rawlings will take place next week.