EMERGENCY Services were called to the scene of a road traffic collision this afternoon at Sandpit Road. 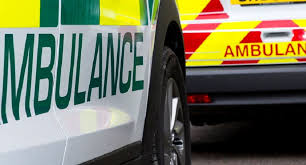 The two vehicle collision involved a campervan and a truck.

As a result the road from the Bug & Spider roundabout down Sandpit Road has been temporarily closed in both directions to allow for vehicle recovery.

.A Wiltshire Police spokesman said: “Officers are currently at the scene of a two-vehicle road traffic collision at the junction of Sandpit Road and Hercules Road, Calne.

“It happened at around 3.20pm and involved a campervan and a truck.

“Officers remain at the scene while we wait for the vehicles to be recovered. We would urge motorists to avoid the area at this time.”

It is not believed anyone has been significantly injured in the incident. South West Ambulance service have been contacted to confirm.