Drivers Caught Out By Speed Enforcement Checks On Oxford Road

CONCERNS raised by several residents about speeding in and around Calne led to an evening of speed enforcement by the Special Constabulary recently. 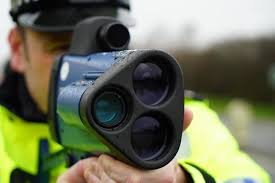 Since lockdown began again, you can often hear vehicles driving at high speeds up Curzon Street and then onto the bypass in the evenings.

Another area of concern is Oxford Road.

On Friday 12th February, Officers from the Special Constabulary conducted enforcement checks in Oxford Road. One vehicle was seized for having no insurance, one was reported for failing to stop and three were reported for excess speeds.

Police say: " We are responding to concerns with an increase in proactive checks alongside officers’ regular duties to ensure those driving on our roads are doing so appropriately and safely.

"This proactive activity will continue in this and other locations in Calne during the lockdown."