WILTSHIRE Council has issued a fine of over £700 for fly-tipping in Calne.

The fine of £773.14 was issued to a man from Frome who dumped building rubble at a house in Grierson Close in Calne. 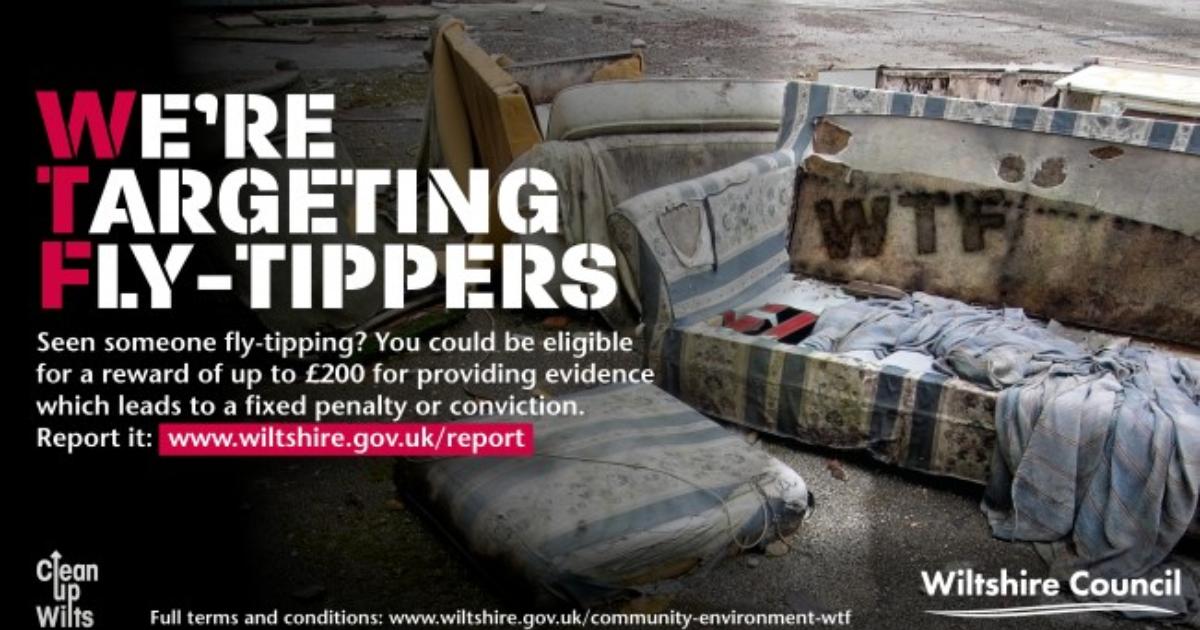 The residents have both been given rewards as part of the Wiltshire Council's 'We're Targeting Fly-Tippers' campaign.

A spokesperson for the council said: “Wiltshire Council received numerous reports from members of the public that a tipper vehicle had deposited building rubble on the front garden of a property in Grierson Close, Calne.

“The vehicle then drove off and while doing so, deposited materials across the public footpath and road causing a significant hazard to the public.

“The person responsible was interviewed under caution by Wiltshire Council Environmental Enforcement Officers and issued with a £400 Fixed Penalty Notice for fly-tipping and a £300 Fixed Penalty Notice (reduced to £180 if paid within 10 days) for failing to produce waste transfer notes in relation to his business waste.

“In addition to the fine, the council used its powers under the Highways Act 1980 to recover an additional £193.14 in clear-up costs.”

Cabinet member for transport, highways & waste, Bridget Wayman said: “As a council, we take fly-tipping very seriously and we will investigate incidents where waste have been illegally dumped.

“Witnesses are crucial to this process and I would like to thank the members of the public that assisted the council in this investigation.”