THE Met Office has issued a warning for rain for large parts of the UK including Calne and villages tomorrow (Wednesday). 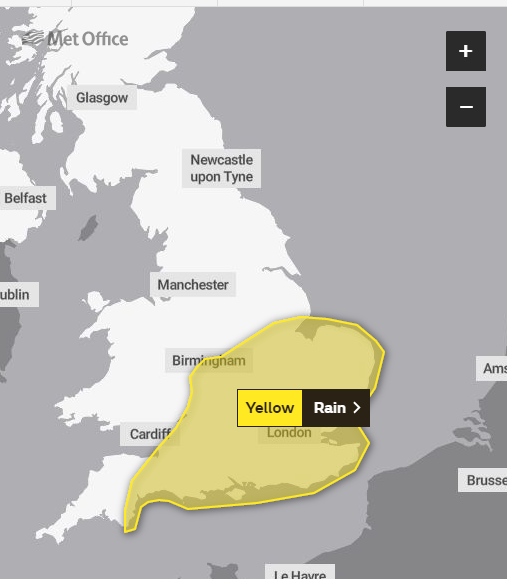 It says heavy rain will affect us between 3am and 2pm, and is likely to cause some travel disruption.

Forecasters say heavy rain will move north during the early hours of the morning, and persist through the peak morning travel period, before clearing northeastwards.

With much of this falling in a short period ­— around three to six hours ­— some surface-water flooding is likely in places, leading to disruption to travel.

The rain may be accompanied by gales across parts of southeast England.

The Met Office say bus and train services are likely to be affected, with spray and flooding on roads making journey times longer and flooding of a few homes and businesses is possible.