A man charged with theft, outraging  public decency and dangerous driving has appeared in court and warned he may face jail when he returns for sentencing in August. 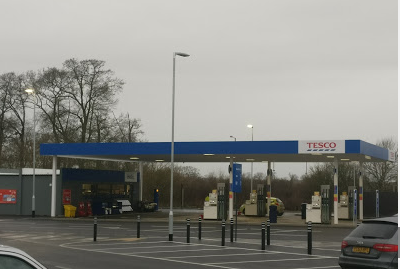 On 6th April just before 7am, police responded to a call from Tesco Garage in Calne after a man had stolen a pot of hand cream and then bared his buttocks at the shop assistant before driving off in a Land Rover.

Officers gave chase down the A3102 and after a five mile chase, eventually brought the Land Rover to a stop.

Christopher Padget, 44 from Hillworth Road in Devizes pleaded guilty to the charges at Swindon Crown Court. Further charges of contravening Coronavirus regulations and failing to stop for police were marked 'withdrawn' by the prosecuter at the Magistrates Court.

Judge Peter Crabtree ordered a pre-sentence report from the probation service and Mr Padget was bailed for sentencing on August 18th.