Wearing a face covering in shops and supermarkets in England will become mandatory from tomorrow, 24 July. Those who fail to comply with the new rules will face a fine of up to £100, the government has announced.

They must also be worn when buying takeaway food and drink, although they can be removed in a seating area.

There are exemptions for children under 11, those with disabilities or certain health conditions, such as respiratory or cognitive impairments that make it difficult for them to wear a face covering.

It is not compulsory for shop workers to wear face coverings but the government said it "strongly" recommended that employers consider their use where appropriate.

The government said it was the responsibility of individuals to wear a face covering, although businesses are being encouraged to take reasonable steps to encourage customers to follow the law, including through signs and providing other information in store.

Police will have powers to enforce the rules, although forces have said this will be a last resort and officers will not be patrolling premises. 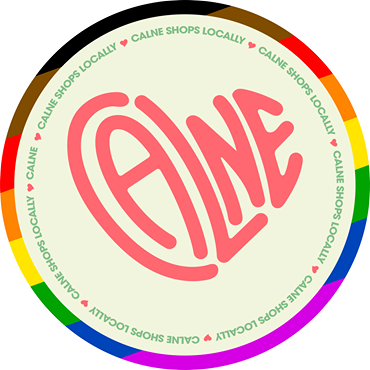 Some retailers have expressed their concerns that, just as the lockdown was easing and people were returning to the High Streets, the compulsory use of a mask may turn them back to online shopping.
Calne News conducted a straw poll yesterday asking just that question.
The results showed 42% of people would rather shop online but a reassuring 58% were happy to continue visiting shops.
Last month Calne Town Council launched their new 'Love Calne' campaign alongside the Calne Town Mayor in support of  all the local business in our town.
The campaign hopes to encourage residents to shop locally and support small business owners in Calne.
Look out for the 'Love Calne' branding created by local graphic designer Danielle White, which has been popping up around our town.