No Seatabelt, Tax, MOT, Or Insurance? No Car!

A driver who drove past a Wiltshire Police patrol car whilst not wearing a seatbelt soon wished he hadn't today when his car was stopped and subsequently seized. 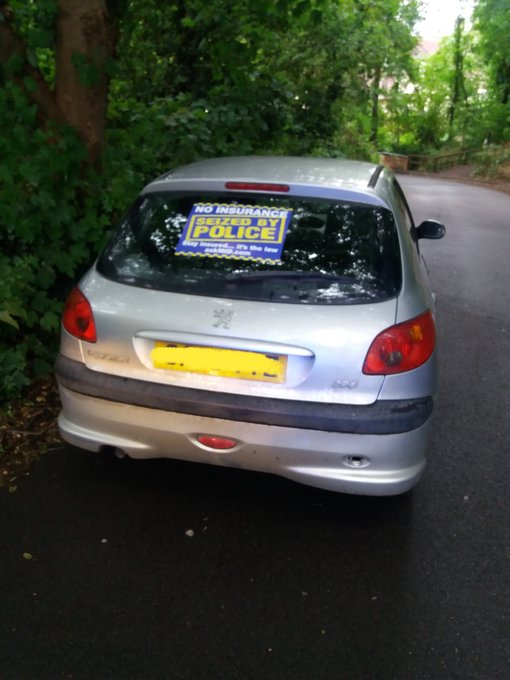 Police Specials stopped the driver when they saw he was not wearing a seatbelt, upon further investigation, the car had no MOT, was uninsured and un-taxed. The driver claimed to be enroute to a test centre, however, when police called to validate the claim, there was no booking and the car was seized.

The National Police Chiefs' Council campaign to ensure that seatbelts are being worn will be running across Wiltshire & Swindon until 12 July.

The main objectives of this campaign are to keep road users safe and reduce the numbers of people killed or seriously injured on our roads and to encourage drivers to comply with the seat belt legislation to protect themselves and their passengers.

Inspector Mark Freeman of the Road Policing Team said: "In the last quarter of 2019 we attended 11 collisions where 16 people were recorded as not wearing seatbelts. This is something that officers are seeing all too often. Even yesterday in Swindon a driver was stopped as part of a speed check and found not to be wearing a seatbelt.

The simple act of wearing a seatbelt or making sure that children are secure with the correct restraint, could help avoid injury or even save a life."

Deputy Police and Crime Commissioner for Wiltshire, Jerry Herbert, said: "One of the most important things we can do to improve safety on our roads is to wear a seatbelt. It is essential that everyone wears a seatbelt, not just the driver. In a collision, an unrestrained back seat passenger can be thrown forward with enough force to kill the person in front.

In the UK, if a seatbelt is fitted there is a legal requirement to wear it. Failure to do so can result in a fine of up to £500. If you are a driver and have children under 14 in the vehicle you are responsible to make sure they are using a restraint appropriate for their age and height.

Wearing a seatbelt is one of the simplest features for helping to protect the lives of drivers and passengers. It has been in law since 1983 so the majority of drivers will have been taught to use one. Please do so and help save lives on the roads of Wiltshire and Swindon."

In the UK around 1800 people die on the roads and around 31% of those casualties were not wearing seatbelts. The key thing to remember is that seatbelts save lives.