Emergency services are at the scene of an RTC in Calne this morning and a Highways worker has been seriously injured. 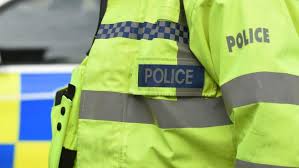 The incident happened just after 10.30am this morning at the Fishers Brook junction.

A black Nissan Qashqai and a Vauxhall van were involved and it is believed that the van has hit a contractor who was working in the road.

The condition of the worker is not currently known, however, neither of the drivers are believed to have been seriously injured.

A spokesperson for Wiltshire Police told Calne News: 'We were called at just before 10am today to a collision involving a car and a pedestrian. Our officers and the air ambulance are on the scene and paramedics are treating the adult male pedestrian.'