Partners working together to target fly-tippers in Wiltshire

Wiltshire Council is increasing its partnership working with Wiltshire Police to conduct roadside checks on people carrying waste in order to disrupt and prosecute fly-tippers. These people are breaking both stay at home government guidance and fly-tipping laws. 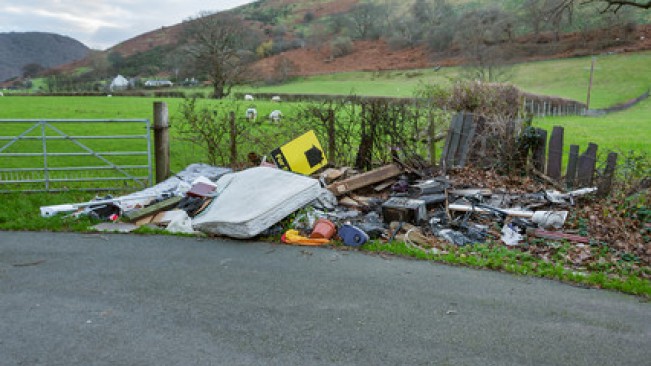 During March there was no significant change in the number of fly-tipping incidents in Wiltshire but the first three weeks of April have seen 63 extra incidents, a 30% rise in fly-tipping in the county on April 2019. More than 50% of the reports received are commercial fly-tips, which indicates that rogue traders or a ‘man and van' are still operating illegally, even during the lockdown.

People and businesses have a duty of care under the Environmental Protection Act to ensure that they only give their waste to authorised persons, with a waste carriers licence* and can be prosecuted if their waste is fly-tipped because they did not conduct the relevant checks.

Cllr Bridget Wayman, Cabinet Member for Waste, said: "Our increase in joint working with the police to catch and prosecute fly-tippers is a great example of partnership working and we currently have lots of fly-tips under investigation, including 14 cases that we are following up on and waiting to conduct interviews under caution when the Government reduce the lockdown measures.

"We know Household Recycling Centres (HRCs) are closed but this is no excuse for fly-tipping. We are continuing to monitor the government advice, but the current guidance is that travelling to a household recycling centre is not considered to be essential travel.

"We are looking at ways in which we could safely reopen HRCs at some stage in the future for essential waste only, if the government guidance changes to allow this. When we do reopen our HRCs, people can expect some significant changes at the sites in order to keep our staff and residents safe, as new social distancing measures would need to be put in place. These new arrangements are likely to include a limit on the number of people and vehicles that can enter a site and a potential reduction in materials types that people can dispose of. However, these plans are yet to be formalised and we will ensure we communicate them to the public in good time."

Inspector Liz Coles from Wiltshire Police said: "Fly-tipping is a real concern as it is unsightly, irresponsible and unhygienic and is a major blot on our beautiful countryside here in Wiltshire.

"Although this is primarily an issue for the local authority to deal with we support our partners in encouraging the public to report this crime as soon as possible to them.

"However, if you are present when rubbish is being dumped, please call the police with as much information as possible including descriptions of the people, vehicles involved and registration numbers.

"In some cases we can take action, and often will also choose to work with the local authority Environmental Protection Department."