Shortly after the Christmas Light festivities had finished and the roads had been re-opened in Calne on Saturday, police were forced to close New Road again due to a road traffic collision. 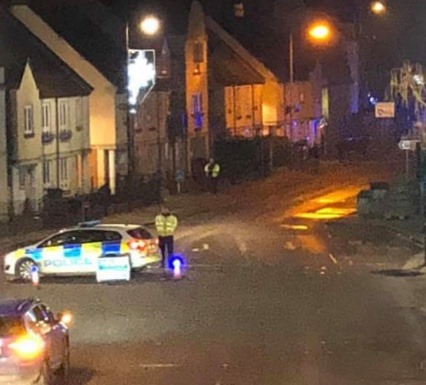 Just after 8pm on Saturday 30th November, police were called to the scene of a road traffic collision where a Hyundai Tucson had collided with a number of parked cars.

A road closure was put in place and traffic was diverted up Church Street whilst emergency services attended the scene.

A 50-year-old man from Chippenham was arrested on suspicion of driving while over the legal alcohol limit.

However, as he required medical treatment for minor injuries sustained in the collision he was de-arrested and taken to the RUH.