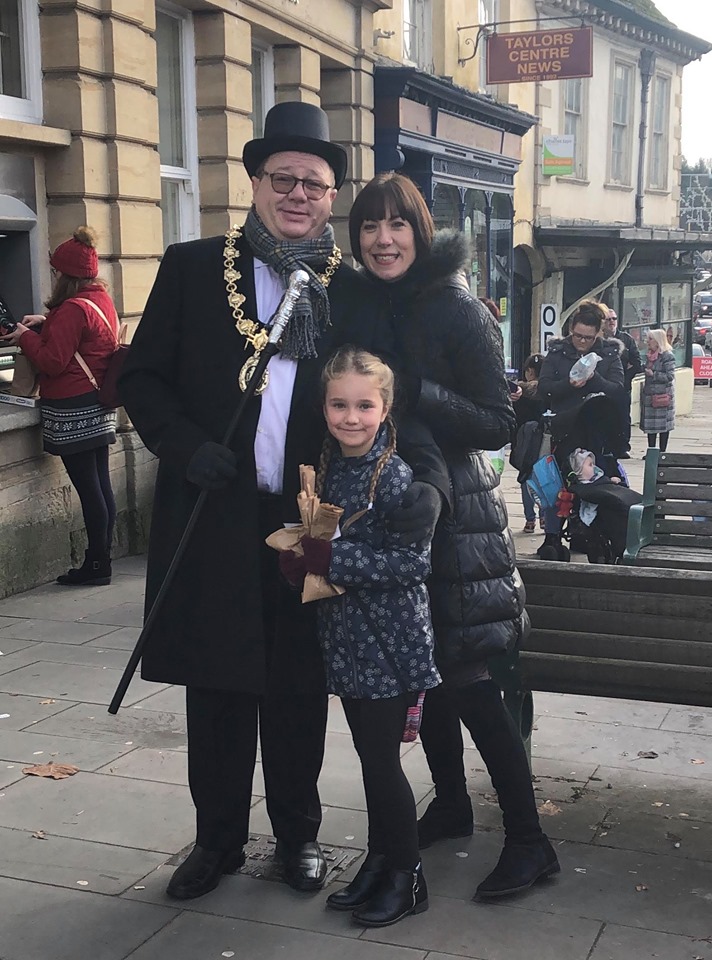 At the end of the parade, all eyes turned to the mainstage where Town Mayor, Robert Merrick expressed his thanks to all who had worked so hard to make the day such a success. he also explained how a wish to 'do things differently' had led to this year's guests of honour to switch on the lights. Rather than securing a local celebrity, Calne Town Council put out a call to residents to nominate local heroes and this year the lights were switched on by Mike and Muriel Wiggins.

Calne Town Council said: 'Mr Wiggins was in the military for 7 years, during the 1950’s Mr Wiggins fought for his country in the Korean war, and on return one summers eve, he attended a dance at The Calne Town Hall, where he met the love of his life Muriel.
They were married in 1951 and went on to have 5 children, who are also well known within the community.
As many did, they both worked at Harris’s, Mr Wiggins as a long distance driver & Mrs Wiggins as a short hand typist.

They are both involved with the Calne Branch of the RBL, and each year Mr Wiggins, despite finding it hard to master the stairs these days, shows determination to climb the Town hall stair case after every Remembrance Service. He feels this is a small struggle he undertake, in respect of those who died for us.
Mr Wiggins wears 7 medals, including one for the Korean war and the WW1 Service Medal of the Order of St John.

They represent a generation that helped shape our country and our Town, people who give to the community without question and chose Calne as their home for themselves and their family, some 80 years ago.'

Earlier in the day, shoppers were treated to a variety of wonderul Victorian themed street entertainment, with plenty of stalls both around the town centre and in the Town Hall.

Despite the chilly temperatures the weather stayed fair and the town was alive with festive cheer and community spirit.